On the August 11 episode of KMJS, one of the featured topics was the 'Witawit' which, according to the people of Iloilo was their version of 'Kamatayan' or Grim Reaper. This topic was brought to light by a viral photo on social media that purportedly shows the Witawit as a disembodied head floating in the air above one of the three boats that would later capsize in a squall off Guimaras island that killed 30+ people.

Before that episode was aired, I received an SMS message from KMJS asking my take on the said viral picture in relation to Pinoy folklore and a few days later, the crew was interviewing me in my living room for their Witawit segment.

During the interview, I provided a detailed description of the concept as well as the Medieval origin of the Grim Reaper,' or 'Sundo, along with other possible parallels of the Witawit in Filipino and Malay folklore but my take on the subject was whittled down from an hour to a few insignificant seconds of airtime that did not even scratch the surface of the REAL topic. That's half expected though. It's the editor's call anyway, but I digress.

To be honest, I think the floating 'head' was nothing more than dirt or lens artifact. I wasn't interviewed for my opinion on the picture though (although I was a graphic artist for 4 years). KMJS wanted my take on the mythical/folkloric aspect of the 'Witawit' so that chunk of the interview and many more interesting bits were left out.

Below is the full segment regarding this alleged being:

See, I would like to set the record straight. Word of warning though. The truth (as always) is way more stranger -- or boring -- than fiction

You see people, there is NO Witawit. It exists only in the realm of entertainment, particularly Shake, Rattle and Roll 4 the movie. In one of their interviews with PEP, Shake directors Peque Gallaga and Lore Reyes admitted that the 'Witawit' is an entirely made up creature, in much the same vein as the more famous Undin. Check the link below:

In other words, the Witawit is a 90's fabrication with no real roots in Philippine folklore unlike the Aswang or Tikbalang. As for why the Witawit is famous in Iloilo -- well, Direk Peque is Ilonggo so go figure. This is not to take away anything from the genuine entertainment value of the famous horror series I grew up watching though. What I'm saying is that this clearly a case of real life imitating fiction, albeit tangentially.

You see, Shake Rattle and Roll 4 painted the Witawit as a nature spirit or elemental that has a thing for kids and trees. Not a grim reaper type of creature that dwells in or above the seas. When it comes to 'floating heads,' the Tausugs and Malays have more colorful critters in their folklore like the Berbalang and the Penanggalan which I would discuss in detail on my next post.

Still, I can't help but marvel though when the supposed 'psychic' described the Witawit as a worm-like creature as big as a jeepney that uses its horns to 'swim.' I think this is truly pushing the bounds of credulity.

We have WAY more interesting creatures in our rich folklore and mythic menagerie. We don't need a Tremor-type monster wannabe that moonlights as the Grim Reaper. Oh c'mon.

And lest we forget, the Guimaras tragedy is an accident that can happen to anyone anywhere. Squalls can develop and dissipate without warning, even in enclosed bodies of water like Taal Lake. This is something I experienced firsthand while sailing towards Volcano island in 2014. One moment it was all warm and sunny but in a span of a few seconds, the skies got dark, the wind howled and rain started pelting our boat like crazy. Good thing the wind and waves weren't as strong but in an open body of water, squalls are stronger many times over and can wreak serious damage.

Back in 2008, I described in detail how misinterpretation of certain phenomena can give rise to perceptions of Aswang/Manananggal sightings:

It would be easy to say that the Himamaylan aswang video runs along the same lines. The video was blurry and you can barely make out the wings of the 'aswang' which would most likely be an innocent Kabog or Flying Fox / Fruit Bat.

I don't think the people of Himamaylan are crazy or ignorant though. It's just that they connected the dots and the sight of the poor animal coincided with the alleged sighting of the aswang itself which was witnessed by several people of Aguisan. The urge to believe in the existence of the aswang is so strong and compelling that people would readily associate any seemingly out of place object or animal with the alleged 'Aswang' terrorizing the sleepy village.

Which brings us to the strongest reason why most people there believe it's legit: they allegedly SAW it in human form and man, it scared the shit out of them.

And then there was the blood inside and outside people's houses.

If these events were taken alone and did not occur in clusters, it would be fairly easy to dismiss each phenomenon in perfectly logical terms:

But the fact that they occurred almost in sync with each other makes it difficult for some people to say that these events are NOT connected.

Was there a common cause:  e.g. Aswang.
Or was it mere coincidence?

The place is Kabog territory. Big Rats and Cats are almost everywhere in this country. People with fertile imaginations can see things that aren't there.

Eyewitness accounts are fun but not always reliable. That leaves us with the other two factors: which have a high probability of occurring, both involving animals as well.

Where is all the EVIDENCE? 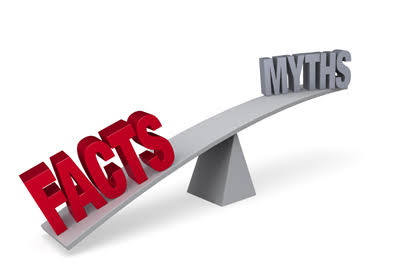 It took me several years just to write this post. Between then and now, several intriguing stories came and went. Some were genuinely creepy, others were downright laughable but they all beg the question: is there a truth to all of this?

In our day and age, smartphones are everywhere and even people in far flung rural areas have them. You'd think it would be a lot easier to obtain irrefutable proof of the existence of Kapres, Aswangs or the like. In fact, the opposite is true. Yes, the web is swimming in a sea of strange, 'unexplained'  videos (that weird part of Youtube) but if you remove the chaff of Adobe edited vids, blurry resolution, Pareidolia and misrepresented, out of context vids  from the grain, you'll end up with precious few material that will stand to informed scrutiny.

People like magician James Randi have made it their life's work to research, debunk and expose charlatans, frauds and illusionists who make a living making people believe they have paranormal capabilities. He has even put up a 1 million dollar prize from 1964 to 2015 for anyone who can prove to him that paranormal phenomenon can happen under strict test conditions that all parties agreed upon. No one came close to claiming that prize.

How about those who claim to have a personal experience with the 'unknown' or with 'paranormal entities'? Are they all frauds? Of course not. Their truth is based on their own 'empirical' evidence that cannot be re-created in a lab setting but can be scrutinized only on a limited but informed basis through research.

Unlike magicians and charlatans or self proclaimed psychics,  witnmost paranormale witnesses of aswang, ghost or even demon encounters would rather stay quiet than be subjected to scrutiny and eventual ridicule.

What's more, if I put myself in the shoes of a paranormal being like say, an Aswang, wouldn't it be better if everyone believes I do NOT exist? What good would it do me to convince anyone of my existence? Of course I'd rather stay in the shadows than be caught in the glare of the ubiquitous phone cameras and cctvs out there. The greatest favor I can get from anyone is their complete disbelief in my existence. Pretty much the devil's argument for its own non-existence.

So if you have any weird paranormal story to tell, send them over to me. We'll investigate and rate its plausibility on a scale of 1-10. 10 being perfect, irrefutable proof of a thing's existence. Just like in the case of the Giant Squid or the Okapi.

1 of course is plausibility in the level of Pikachu or Barney. Personally, I'd prefer a pink, boring cephalopod over a creepy purple dinosaur that likes to be around kids anytime.

If we arrive at a viable conclusion, we've done humanity a favor. If not, at least we've added to our compendium of fascinating folktales and campfire stories our children's children will enjoy for generations to come. Truth be damned.
Posted by Pers at 4:17 PM No comments:

This work by percival biadora is licensed under a Creative Commons Attribution 3.0 Philippines License.